The work of Patrick Van Caeckenbergh consisted of several parts: the invitation itself, illustrations relating to male and female sexuality behind a sheet of glass and a slide projector incorporated into an upright wooden structure which projected images. There was also a box covered in chamois leather mounted on an artist’s easel, with reproductions on sheets of veneer framed in chamois.

For the drinks at the preview he made something rather special: two glass containers taped together and filled with a red and blue cocktail (a reference to the alchemistic interpretation of male and female sexuality).

Patrick is now a famous artist. For many years he has been represented by the Zeno X Gallery in Antwerp and he has had solo exhibitions in (among other places) the Bonnefanten Museum in Maastricht and the Carré d’Art in Nïmes. 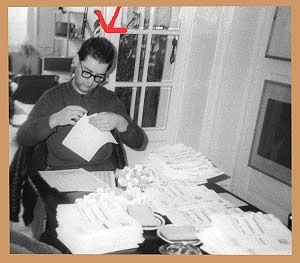 Artist Patrick Van Caeckenbergh at our home at that time at Coupure Ghent, addressing and franking the invitations for what would be his first solo exhibition. 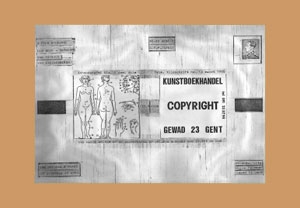 The original invitation, a collage of veneer wood and reproductions. 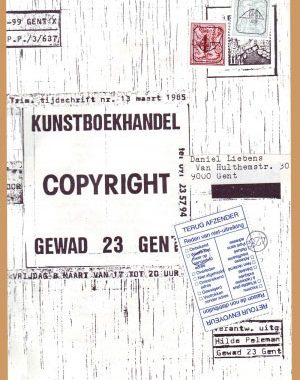 A photocopy was sent to the customers. 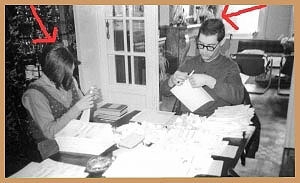 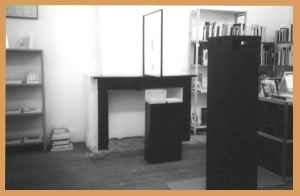 The installation ‘A Pied d’Oeuvre’ 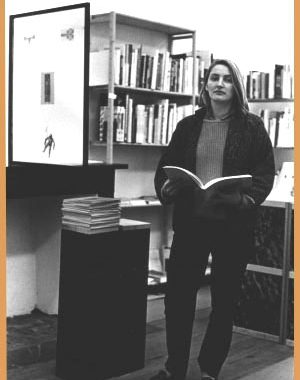 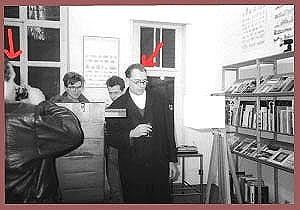 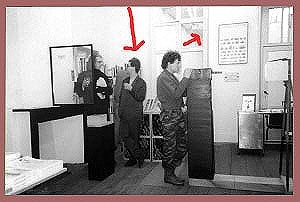 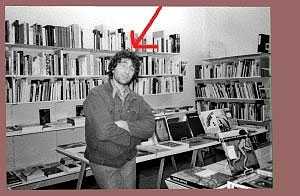