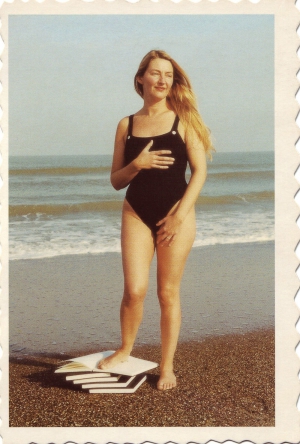 ‘The birth of Venus’ by Sandro Botticelli, one of the most famous paintings in the history of art and a photograph by the Dutch photographer Rineke Dijkstra, an anonymous girl from Poland on the beach. The similarities struck me immediately.

The white serrated edge round the postcard is uneven and not properly proportioned. I had just given it to the printer as an example, but he copied it in its entirety.

The text on the back of the card was by the American writer-poet Joseph Brodsky:

‘There where past
and future idly linger,
providing a tabula rasa
for the present,
mass scale dictates
taste. Ergo – seas.’ 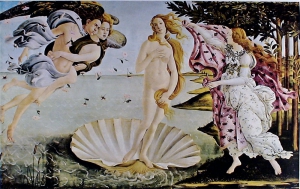 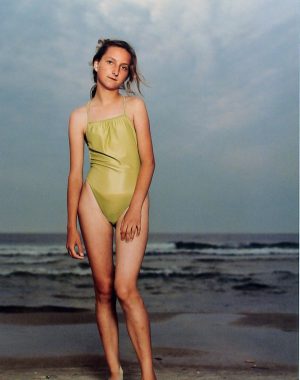 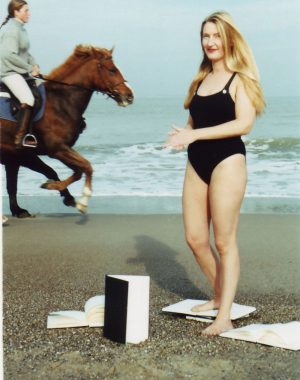 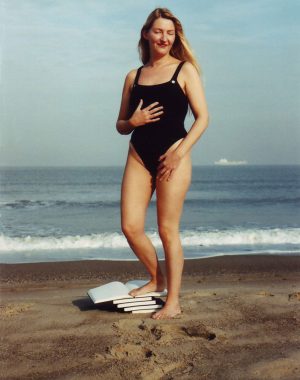