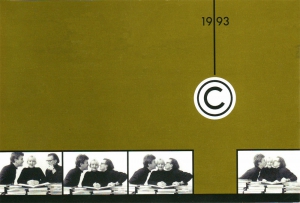 The photograph was taken by Lieve Blancquaert, the layout was by architect M. José Van Hee. There was in fact no specific theme, but I was inspired by an invitation for an exhibition at the Meert-Rihoux gallery in Brussels. The card showed a photograph of artist Jef Geys kissing gallery-owner Greta Meert. The simplicity and geniality of the image appealed to me. We made a photograph of me being kissed by my two male employees at the bookshop: Jan Nonneman and Johan.

The text on the back of the card was a Haiku by the eighteenth-century Japanese poet Shiro:

“Morning is breaking
and last night’s storm
is buried in snow.” 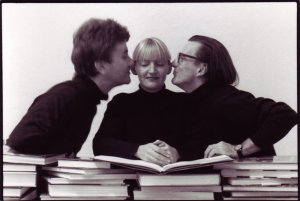 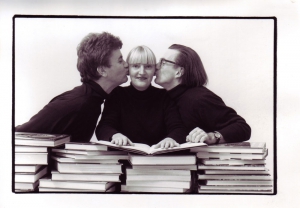 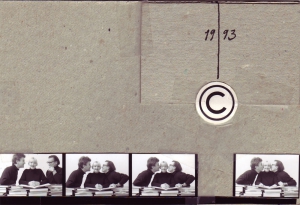