A widely connected pioneer of Pop and mail art, Ray Johnson was described as ‘New York’s most famous unknown artist.’ Best known for his dense, allusive collages, he stopped exhibiting in 1991, but his output did not diminish. Between 1992 and 1994, using 137 disposable cameras, he created a large body of work that is only now coming to light. Staging his artworks in settings near his home in Locust Valley, Long Island — parking lots, sidewalks, beaches, cemeteries — Johnson made photographs that make the world of everyday ‘real life’ a part of his art. Within a few months, he devised a large new freestanding format for the simplified collages he began calling the ‘movie stars’ of his camera tableaux. When he swam to his death at sea on 13 January 1995, Johnson left behind a vast archive that included over three thousand of the late photographs. What he called his ‘new career as a photographer,’ which makes its debut in print here, marked the close of a romance with the camera that had spanned four decades of relentless invention. 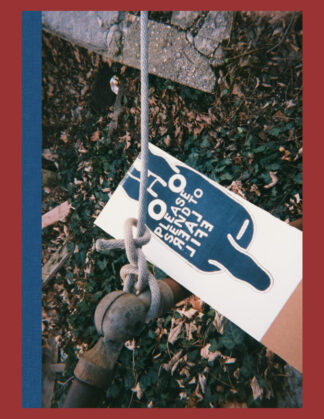