Austrian architect Gunther Domenig is known as a non-conformist in the Viennese architectural scene. His controversial ‘Z’ Bank in Vienna is a shocking and expressive building whose contorted and extravagant facade deliberately confronts the traditional concept of the stately character of the Viennese banking world.

Folio XI contains twenty-two plates of sketches, drawings and computer drawings by the architect plus an illustrated booklet which documents through an interview, photographs, poems and sketches, the particular context within which Domenig’s work has grown and the story of the development of the Steinhouse project.

The cover of the box has two minor scratches, inside perfect condition 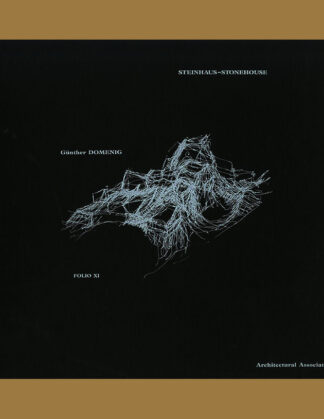