This is a study of the architect Walter Segal (1907-1985): his background, influences, thoughts, writings, his unique approach to architectural practice (and his built work) and his enduring impact on architecture and attitudes to housing across the world. It firstly sets out his formative years in Continental Europe. Segal’s father was an eminent modernist painter and a founder of the Dada movement. Walter grew up surrounded by leaders of the European avant-garde. Qualifying as architect in Germany just as the Nazi party came to power, Segal moved to Switzerland, Mallorca, Egypt and finally to London in 1936.

The second section focuses on Walter Segal’s central theme of popular housing, his unique and independent form of professional practice, how he managed to spread his ideas through writing and teaching, and how his architecture developed towards the timber-frame form known world-wide today as ‘the Segal system’, which could be used by people to build their own houses.

The third section follows the development of the timber-frame form known world-wide today as ‘the Segal method’ and how it came to be used by people to build and indeed design their own houses. This culminated at the time of Segal’s death in two areas of self-built public authority social housing in London – housing which, nearly half a century later, remains as unique and highly desirable neighbourhoods.

The final section explores the legacy offered by Segal to younger generations; how his work and example, half a century after his timber ‘method’ was developed, leads to the possibility of making, and then living within, communities whose places are constructed with a flexible, easily assembled, planet-friendly timber-frame building system today and tomorrow. 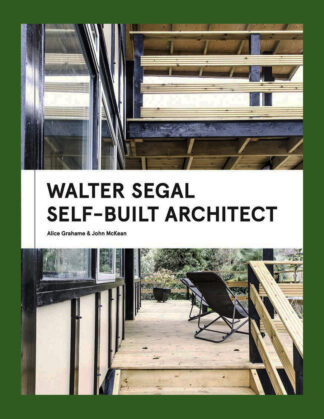