In 1967 Philip Guston (1913–80) left New York City for Woodstock, where―abandoning the Abstract Expressionism of the previous decades―he revisited the figurative imagery of his youth. Cartoonlike in quality, these paintings began to incorporate motifs familiar to him since childhood, from the hooded figures of the Ku Klux Klan to everyday objects such as lightbulbs, shoes and cigarettes. When these paintings were shown for the first time in 1970, they proved highly controversial but soon gained critical recognition and are now widely regarded as some of the most compelling and influential works of the late twentieth century. Published from the acclaimed exhibition Philip Guston: Late Paintings held at Inverleith House, Edinburgh (which was featured in Artforum’s top 100 exhibitions of 2012), this handsome volume includes installation views, color plates, an illustrated interview, essays and additional plates in both color and black and white.

Our copy is in perfect condition 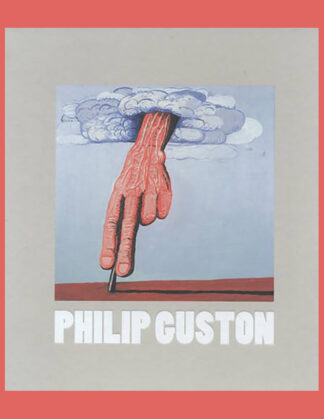