According to legend, the phrase »Potemkin village« can be traced back to the Russian field marshal Prince Grigory Aleksandrovich Potemkin. In 1787, the minion of Catherine the Great purportedly had entire villages erected as painted façades along the paths of her travels to the recently conquered Crimean territory in an effort to veil the true, run-down face of the region. Following Closed Cities (Kehrer 2012), Gregor Sailer’s new project once again presents actual architectural manifestations driven by political, military, and economic motives: combat training centers in the USA and Europe, faithful replicas of European cities in China, and vehicle test cities in Sweden. And finally, a classical Potemkin village in Russia, where, on the occasion of a visit by Vladimir Putin to Suzdal on the Golden Ring and a triple summit in the city of Ufa, whole streets were masked with adhesive foil, wallpaper, and tarpaulins in an effort to provide the abandoned buildings with a feigned sense of activity. Sailer’s pictures give the viewer access to the world of fakes, copies, and stage sets and call these at times absurd aberrations of our contemporary society into question. 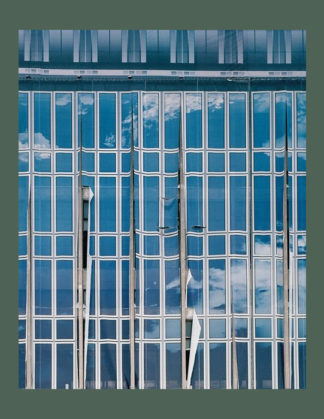