The concluding fourth volume of this definitive monograph on Charlotte Perriand (1903–1999) covers the last three decades of her long career. At the core is the Les Arcs skiing resort in the French Alps, where Perriand played a key role in the project development. A pioneer of bioclimatic architecture, she oversaw the architectural and urban design of Arc 1600 and Arc 1800 and created the interiors and entire outfitting down to cutlery and china for the more than 4,500 apartments. Les Arcs, an extraordinary undertaking both in sheer size and the extent of Perriand’s contribution, marks the culmination of her research on alpine housing in unison with nature.
The book also features a number of projects—housing and art spaces—between Paris and Tokyo, in which she aimed once more to push the borders of a specific modern, cultivated way of living. It also offers a comprehensive appraisal of seven decades’ work that manifests the creative force and vision of this extraordinary woman, one of the most eminent protagonists of modern architecture and design. 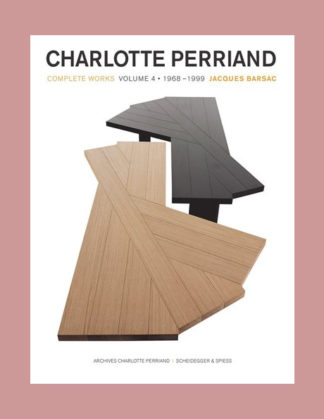