The brilliant architect and designer Ettore Sottsass “made glass” from 1947 until the end of his career. This volume documents the entire period of his glass oeuvre, from the series he designed in the 1970s for Vistosi to the Memphis collections of the 1980s, the symbolic forms of the 1990s, the stunning constructions for the Millennium House in Qatar, and the famous Kachinas.
The wealth of images, the analysis of design and painting together with the coeval cultural and artistic context, and the summary of works including many unpublished pieces make this volume edited by Luca Massimo Barbero the first scientific study on Ettore Sottsass’s works in glass and crystal.

Ettore Sottsass jr (1917-2007) was born in Innsbruck and spent his childhood in the Trentino Region (Northen Italy). He trained in Turin during the 1930s, following the footsteps of his father, architect Ettore Sottsass senior (1892-1954). In 1939 he graduated at the Politecnico in Turin, while at the same time cultivating his passion for painting under the guidance of painter Luigi Spazzapan.
In 1946, he moved to Milan where he devoted himself to architecture and collaborated with the Triennale, overseeing the set-up of the handcrafts sections. Sottsass continued to work both as an architect and designer, winning many rewards such as the ‘Compasso d’Oro’, which he received in 1959 for the Elea 9003 processor and Valentine, the first portable typewriter, both produced by Olivetti.
He loved traveling: he visited Europe, America and Asia. His travels inspired him and were at the center of many of his conceptual photos.
In 1976 the Venice Biennale dedicated a broad retrospective exhibition to Sottsass, curated by Vittorio Gregotti.
During the later years of his life Sottsass devoted himself to the organization of exhibitions and collaborated with both industrial designers and well-known galleries. 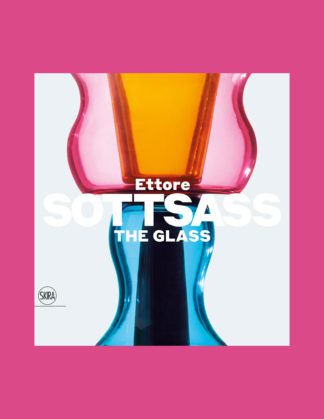