The Pastoor van Ars Church that was built in 1969 by Dutch architect Aldo van Eyck (1918-1999) in The Hague is one of the few significant church buildings to emerge from the second half of the twentieth century. This book sheds light on the unique architectural and spatial qualities of the building.
Although not a Catholic believer himself, Aldo Van Eyck made every effort to build an authentic and contemporary Catholic place of worship. To this end, he harked back to the original typology of the early Christian Basilica, whose components he incorporated into the new conception of space put forward by the twentieth century avant-garde, in particular the dynamic order of Mondrian and Brancusi’s archetypes.
The author, Francis Strauven, who previously wrote an extensive monograph on the ideas and work of the Dutch architect, pays particular attention to the intensive design process, which he has reconstructed using more than a hundred design sketches from the Van Eyck archive. 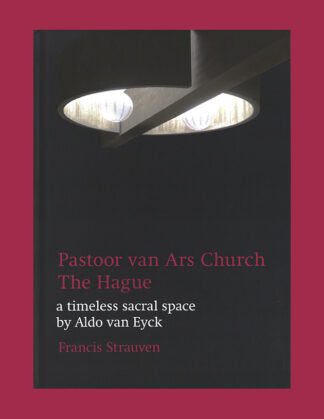