Book with augmented reality by an art app

The South African artist William Kentridge is internationally renowned for the expressionism of his work in numerous mediums, among them charcoal, printmaking, sculpture and film, as well as his acclaimed theatrical and operatic productions. As elusive as it is allusive, Kentridge’s art is shaped by apartheid and grounded in the politics of the post-apartheid era, and in science, literature and history, while always maintaining space for contradiction and uncertainty.
This volume presents early drawings and etchings from Ubu Tells the Truth; stills from Johannesburg, 2nd Greatest City after Parisand other films; six tapestry works; various drawing series, including Kentridge’s drawings of trees on various supports; a model theater; and more. These are punctuated by six meditations on the exhibition’s themes by Stephen Clingman: Drawn through Time; The Enigmas of Soho; Shadows of the Past, Shadows of the Present; Dualities, or How I Did Not Become; Timespaces, or Two Dancers; and Coda: Vanishings. Along the way, thought-collages, allusions and assemblages come together to create a connective, dimensional way of thinking inspired by Kentridge’s own habits of creation. 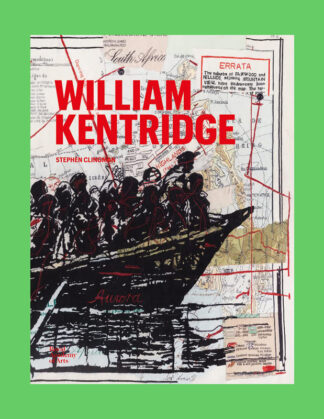