The Self-Portrait from Schiele to Beckmann

This visually stunning volume offers perceptive examinations of several renowned German and Austrian Expressionist artists who redefined modern self-portraiture. The self-portrait has been a vital aspect of artistic expression throughout history. Neo-Classical painters such as El Greco and Rembrandt formalised the practice, and the first half of the 20th century saw a dramatic transformation in the self-portrait’s style and context, especially in the hands of the German and Austrian Expressionists. Vibrant reproductions of works by Egon Schiele, Max Beckmann, Ernst Ludwig Kirchner, Oskar Kokoschka, and others are accompanied by essays that explore how these artists – many of whom were classified as ”degenerate” by the Nazi party – imbued their images with eloquent expressions of resistance, isolation, entrapment, and provocation. From Schiele’s erotically charged and overtly physical paintings to Beckmann’s emotionally fraught depictions of psychic trauma, this important examination of a powerful aspect of modern European painting brilliantly illustrates how the Expressionist self-portrait became a powerful weapon against artistic oppression. 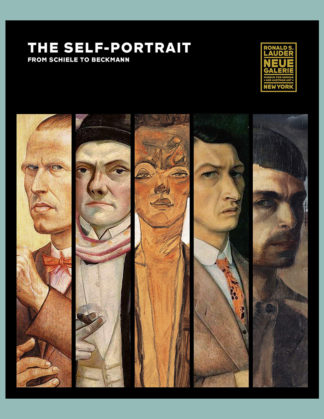 You're viewing: The Self-Portrait from Schiele to Beckmann €40,00
Add to cart
0