The Pliable Plane: The Wall as Surface in Sculpture and Architecture 1945-75

In The Pliable Plane, curator and historian Penelope Curtis traces the ways sculp­ture infiltrated architectural thought over the post-war period. Her study identifies the wall as a particular locus of creative thinking – a surface which produces both continuity and separation, and which similarly unites and distinguishes the two disciplines. Surveying a series of walls – carved, cast, applied, imagined, and even conceptual – in such places as bomb shelters, caves, war memorials, and public buildings, Curtis introduces a cast of renowned and lesser-known practitioners who defined the three-dimensional conception of the years 1945 to 1975.

With close readings of the work and lives of Henry Moore, Anni Albers, Frederick Kiesler, Jorge Oteiza, and Mary Martin, among others, Curtis’s lucid history encom­passes the developments of wartime production, the discovery of the Lascaux Caves, and the rise of relief art. Turning away from familiar pairings and dichotomies, it considers spaces and surfaces of coalescence and influence. Curtis compels us to understand the wall as support as much as partition, arguing for the centrality of this very pliability to the entwined development of both sculpture and architecture. 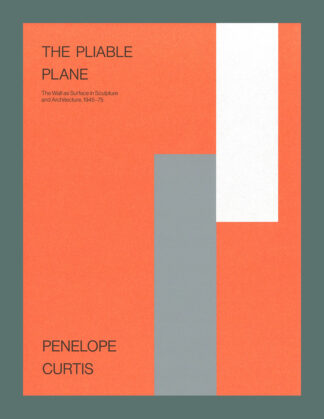