Terunobu Fujimori was an architectural historian for many years before he turned to architectural practice. His work is characterised by its use of natural materials and eccentric aesthetic, where strangeness and novelty coexist with comfortableness. We take notice of his buildings, but they also put us at ease. As a historian, he examined buildings all over the world; as an architect, he rediscovered the colour and materiality of familiar objects. This splendid monograph with photographs by Akihisa Masuda looks at Fujimori’s work through the lens of the present moment and features a large selection of his appealing designs, together with insightful essays by the architect and others.

He is a well-respected academic and a specialist in modern Japanese architectural history and urban history, but in 1991, at the age of 45, Fujimori made a late debut as an architect with the Jinchokan Moriya Historical Museum. Since then, he has been incorporating a range of natural materials from various local regions into his projects, and designing architecture that integrates nature and artifacts. Sometimes the Jomon-Group, which consists of non-professionals, participates in the construction of projects. His major works include Tanpopo House (Dandelion House), Nira House (Leek House), Takasugi-an (Too-High Teahouse), and others. His recent works include the Mosaic Tile Museum in the City of Tajimi, and Kusayane (Grass Roof) and Douyane (Copper Roof) for La Collina Omihachiman. 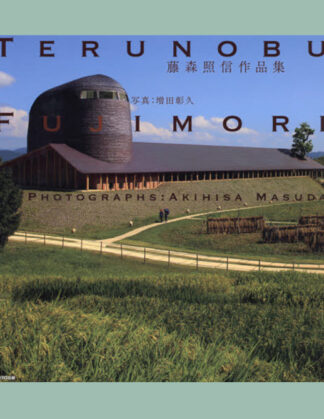