In October 2021 it will be 150 years since Belgian writer Stijn Streuvels (1871–1969) was born. Streuvels was not only a gifted and celebrated writer but also a talented photographer.

Streuvels closely followed the evolution of photography. Together with a childhood friend, he made his first photos with primitive homemade cameras. Shortly after 1900 Streuvels bought his first camera. Around 1929 he bought a new Kodak and in 1932 he bought his first Leica device from Kortrijk photographer Gaston Gyselynck, which he exchanged for a more modern Leica during a trip in Germany.

Stijn Streuvels took a lot of pictures of his garden, his family and friends. He was active in the Thrush’s Nest area, where he mainly photographed characters who later sometimes served as models for the main characters in his novels. On his journeys through Flanders he photographed village views, landscapes and farm houses. He also made an extensive photographic travel report of his trip to Palestine in 1935.

Streuvels’ impressive photo collection, which spans more than fifty years and includes hundreds of glass negatives from the earliest period, is kept in the Letterenhuis in Antwerp. A selection of them can be found in this book, including many photos that are being published for the first time. 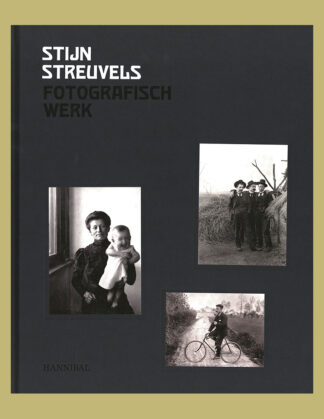