The Frankfurt-based architecture firm Stefan Forster Architekten (SFA) has from its founding in 1989 maintained a special focus on housing. They made their name in the years following Germany’s reunification, when dozens of prefabricated plattenbauten in the former GDR needed refurbishment and modernization. Rather than demolishing and rebuilding housing structures, SFA carefully adjusted existing buildings to the new needs of fewer people and more humanness in the shrinking cities of the newly formed federal states in the reunited country’s east.

Since then, SFA have moved on, exploring the topic of housing in increasingly dense metropolitan environments and creating a remarkable and manifold body of work in this field. Their designs comprise large-scale public multi-unit blocs, townhouses, at times by way of transforming former office and public administration buildings. Stefan Forster Architekten, the firm’s first-ever monograph, features thirty designs that exemplify SFA’s approach and philosophy and highlights how the firm has continuously worked on raising the standards of residential architecture. 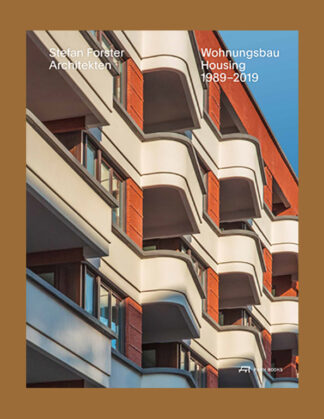