Chilean architect Smiljan Radic’s career is one of the most unique in the contemporary architecture scene. Although he works mainly in Chile, his work has crossed borders after building the Serpentine Gallery pavilion (London, 2014). This 2G issue features a selection of the houses built by Radic in almost thirty years of his career, from the extension of the Charcoal Burner’s House (Cupliprán, 1997-1998) or his Small House (Vilches, 1995 -1996) to his last Wooden House (Lake Colico, 2014-2015) and Prism House (Coinguillio, 2017-2018). In addition to the fourteen houses featured, a text by Enrique Walker explains the keys to understanding his domestic work from the Small House, and another by Moisés Puente talks about all the interventions that Radic has built in an estate in Vilches for him and his family. Two texts by the architect himself speak about the tradition of certain Chilean houses of his interest and about the role that repairing has in architecture, beyond the mere restoration or preservation. 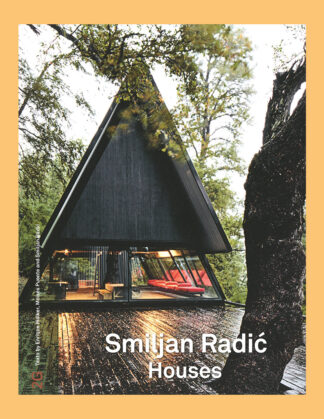