Le Corbusier not only designed and built churches; he was also intensely interested in religion and faith. His work deeply influenced church architecture in the twentieth century. This book examines Le Corbusier’s relationship with religion in two introductory chapters, presents his four designs for La Sainte-Baume, the Chapel of Notre Dame du Haut de Ronchamp, the Cloister of La Tourette, and the Church of St. Pierre, and, in the final chapter, examines his influence on church architecture in Europe in the twentieth century. Examples include the Jubilee Church near Rome by Richard Meier, the Chapel of Saint Ignatius in Seattle by Steven Holl, the Santa Maria Church in Porto by Álvaro Siza, Tadao Ando’s Meditation Space in Paris, as well as the Kapelle der Versöhnung (Church of Reconciliation) in Berlin by Reitermann & Sassenroth. For this edition, the introduction, the conclusion, and the bibliography have been revised and supplemented. 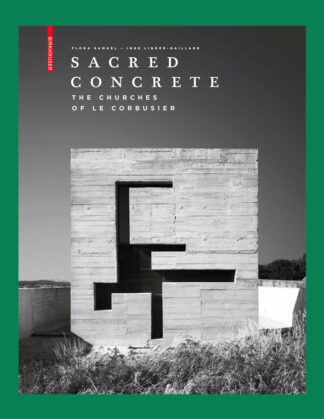 You're viewing: Sacred Concrete: The Churches of Le Corbusier €59,95
Add to cart
0