Published on the occasion of an exhibition of Philip Guston’s works from 1971 at Hauser & Wirth Los Angeles, Resilience: Philip Guston in 1971 captures a year defined by the artist’s stalwart resilience and creative reinvention.
The year 1971 marked a critical juncture in Guston’s artistic career, telling a story of renewal, invention, and outrageous satire through two major series of work, the Roma paintings and the Nixon drawings.
This publication sheds light on the single pivotal year that launched Guston into the final prolific decade of his career, during which he painted works now celebrated as some of the most important contributions to the art of the 20th century. Created immediately after the overwhelming critical rejection of his new figurative work first exhibited in October 1970 at the Marlborough Gallery in New York City, these works bear witness to an artist at the height of his powers, acutely responsive to his world during a time of social turmoil and political upheaval in the United States. 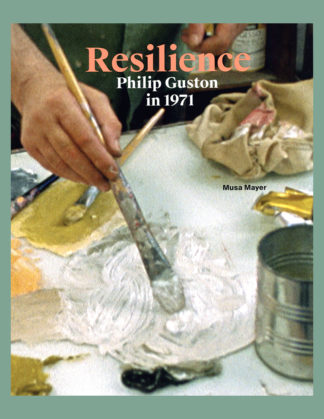