Much less known to the Western public than prints, screens (byôbu) have been inseparable objects of Japanese culture and art of living for over a millennium. An assembly of wooden panels covered with paper, the screen offers, through a play of folds and discontinuities, a unique creative medium for artists: the representations are hidden there and revealed to the viewer. From the Nara period (8th century) to the contemporary period, this singularity opened the way to a pictorial reflection on the arrangement of forms, colors and materials. Originally intended for ceremonial practices in imperial palaces and Buddhist temples, the screen very early on acquired domestic use, both a movable partition and a decorative work highly prized by the Japanese aristocracy.
The greatest painters, including Sôtatsu, Kôrin, Roretsy and Hokusai, but also many anonymous no less talented have delivered splendid achievements. If the wonders of nature throughout the seasons are a favorite motif, the evocation of literary episodes – notably The Tale of Genji – or historical – the war between the Taira and Minamoto clans – allow staging as sophisticated as refined. Original genres specific to the Japanese screen stand out in particular, such as screens “Who are these sleeves?”, Screens “decorated with fans thrown into the river”, “screens with glued papers”. IN FRENCH! 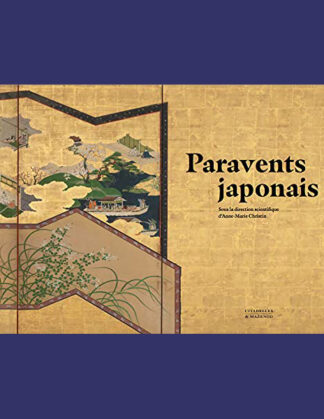