Maria Lassnig: Ways of Being

Maria Lassnig (1919-2014) is one of the most important artists of the 20th century. She was a pioneer of body art and is loved for her from the inside-out way of working. Less known is that Lassnig also made sculptures and films, and works that bear witness to her aversion to war and the male-dominated art world. In addition to her famous masterpieces, Ways of being is showing many of these lesser-known works for the first time. This makes it possible to provide a more complete picture of Lassnig’s incomparable work than ever before.
Maria Lassnig made her name with her Körperbewusstseinsbilder, in which she defined her relationship to the world. “I searched for a reality that would be more in my possession than the outside world and found it in the form of the body housing inhabited by me.”
From 1950 Lassnig focused on abstract art. Visits to Paris inspired her to experiment with color, form and informal painting. After first focusing on Strichbilder – large paintings with shapes that consisted only of colored lines – she started to work more figuratively. What Lassnig said about her approach to drawing in 1992 probably applies to all of her art: “Exaggeration as a matter of conscience: one step too far and things become absurd – something I don’t think is desirable.”
This book was published for the exhibition in the Stedelijk Museum Amsterdam from 6 April to 11 August 2019. IN DUTCH ! 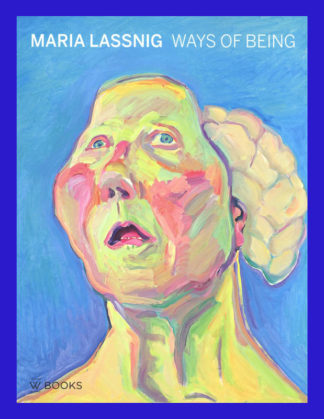