Louis Kahn: The Importance of a Drawing

Louis I. Kahn (1901–1974) was one of the most significant architects of the twentieth century and his influence is present today in ways both profound and subtle. Unlike previous publications on Kahn, which have focused on his built work and which considered the drawings foremost as illustrations of these, this is the first in-depth study of drawings as primary sources of insight into Kahn’s architecture and creative imagination.

By offering a spectrum of close readings of drawings by Kahn and his associates in a series of incisive and richly illustrated essays, this book is at once an intimate artistic portrait of this important architect and a provocative and timely contribution to the current discourse on representation in architecture. For architects and students of architecture, Kahn’s lasting significance is not only in the buildings he built, but in how he designed them.

Based on unprecedented archival research, engagingly presented by a group of eminent scholars and architects, and lavishly illustrated with over 900 highest quality reproductions, The Importance of a Drawing is destined to become a standard work in the literature on Louis Kahn. 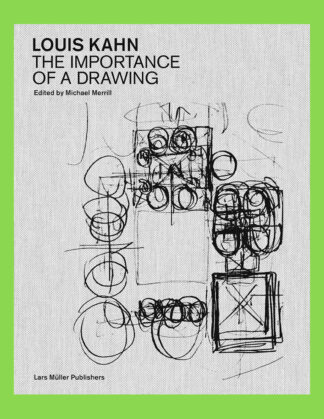