A Moon jar is a type of traditional Korean plain white porcelain which was originally made during the late 17th through 18th century, the late period of the Choson Dynasty (1392-1910). The name comes from its shape and milky color of the glaze to remind of full moon. At the time they represented the epitome of the austere Confucian virtues of purity, honesty and modesty. Because of their form they were also thought to represent the embracing, gentle qualities of woman and fertility. It requires difficult and exact skills in throwing the two halves that make up the completed jar. Furthermore a careful firing schedule is needed at high temperatures to fuse them successfully. This simple form revered by the Korean people for hundreds of years still resonates today.

Kwon Dae-sup is a Korean contemporary pottery master known for his series of Moon Jars. Originally trained as a painter in Honkik University, Kwon was introduced to moon jars in 1970s and became so fascinated that he changed his course of life to pottery. While keeping the tradition of Korean pottery, he attempts to communicate the aesthetics of moon jars to audience of the contemporary world by transferring essential traits of simplicity and a sense of modesty. He breaks all the works that does not satisfy him. He throws away everything that does not move his soul.

The process of developing the Moon Jar—as Kwon Dae-Sup explains—could not be accomplished without the help of nature. ‘Creating soul of pottery begins with the fire,’ he says. 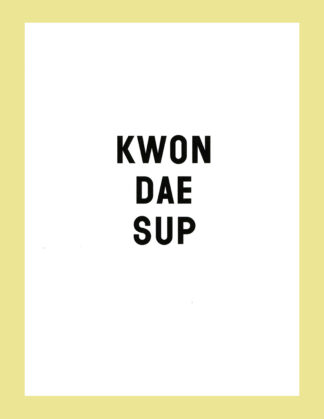