Jindřich Štreit has long been one of the most important figures in Czech photography. He has hadmore than 1,400 solo exhibitions and his works are in the collections of leading institutions, including the Museum of Modern Art in New York, the National Gallery of Art in Washington, D.C., and the Victoria and Albert Museum in London. Though he has made many visually powerful series with photographs from various parts of the world, his fundamental works remain the unique set of photographs of the Czechoslovak countryside in the 1970s and 1980s. In them he has made an unembellished, unlyricized, unsentimental picture of life in villages of the poor area of Bruntál in the years of the re-established Communist régime, called ‘normalization’. No other Czech photographer has developed the rural theme so multifacetedly, broadly, and authentically. Even amongst the most ravaged of environments and their inhabitants, Štreit has often been able to discover something beautiful, even if only the desire for beauty and joy,friendship and love, timeless values. 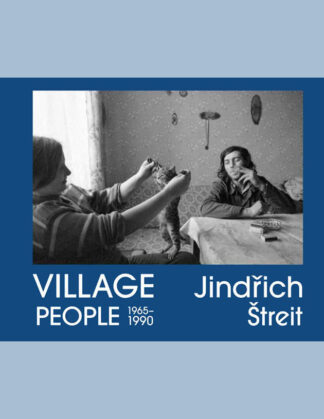