Official catalog of the exhibition Jean Dubuffet, a barbarian in Europe from April 23 to September 2, 2019 at Mucem. Painter, writer, but also inventor of Art Brut, Jean Dubuffet (1901-1985) was a major player in the western scene of the 20th century. In the aftermath of the Second World War, this unapproachable and controversial artist brought into play a radical critique of the art and culture of his time, making invention constantly renewed the pillar of his work and his thought. Borrowing from anthropology, folklore and the field of psychiatry, he continues the activity of decompartmentalization operated by the avant-gardes of the inter-war period, dynamite the belief in a supposedly primitive art and engages the creation on new ways, in touch with everyday life. IN FRENCH! 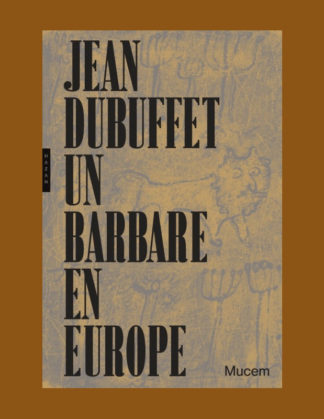