Since his death in 2011, Lucian Freud’s reputation as one of the greatest painters of the twentieth century has continued to grow with his inimitable large-scale paintings of human figures hanging in museums worldwide and reaching dizzying prices at auction. Art historians note his talent, brilliance, and complicated personal life, but until now, his own voice has often not risen above the noise. Full of verbal and visual wit, affection and irreverence, Freud’s letters now provide a revealing and at times revelatory personal look at his life and process.

This volume brings together Freud’s early letters, gathered with the endorsement of the Freud estate, from both private collections and public archives, including the Freud Museum, the National Portrait Gallery, and the Tate. Ranging from schoolboy notes to his parents to his early recognition as a professional artist, the letters, which often feature drawings and characterful visual quirks, present the multiple facets of Freud’s complex personality.

Coauthored by David Dawson, Freud’s longstanding personal assistant and now director of the Lucian Freud Archive, and Martin Gayford, author, critic, and acquaintance of Lucian Freud, these extraordinary, illustrated letters are reproduced in facsimile alongside striking reproductions of Freud’s works of this period. Linked by a narrative that weaves the letters and paintings into the story of his life, including his first marriage and separation, this book provides an intimate and fresh perspective on the first three decades of the artist’s life.
Contributors 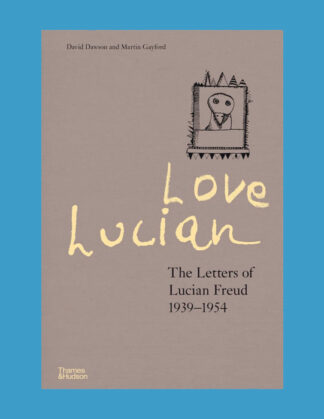