It has been a striking trend in recent years: the intense attention for the late and last work of great painters. Important exhibitions have recently been devoted to the late Raphael, Tintoretto, Rembrandt, Goya, Turner, Manet, Gauguin, Monet, Matisse and Pollock. There was also new research into the work these artists created at the end of their lives. This often leads to surprising discoveries and a reappraisal of the late oeuvre. The last painting brings together new insights about thirty world-class painters and their latest works. The book begins with Jan van Eyck and ends with Pablo Picasso. Among other things, they pass in review, except for all the above-mentioned painters: Bellini, Titian, Caravaggio, El Greco, Rubens, Artemisia Gentileschi, Cézanne, Klimt, Renoir, Modigliani, Munch, Mondriaan, Kahlo and Hopper. Persistent myths and clichés are debunked: Van Gogh was not the loner he often goes by, Raphael’s famous La Fornarina is a nineteenth-century invention, the old Tintoretto did not paint many of his later giant canvases himself, Manet’s last works are much more than paintings by a sick man. Patrick De Rynck (1963) is, among other things, the author of two particularly successful and frequently translated volumes in the series The art of viewing. He has been working with numerous museums for many years, especially on painting and Greco-Roman themes. He is the author and translator of some thirty books on antiquity, heritage and painting. IN DUTCH! 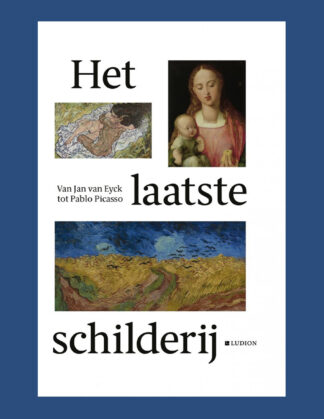