Henry van de Velde (1863–1957) is considered one of the pioneers of modern architecture: he is world-famous for his beautiful buildings, furniture, utensils and typographical creations. Van de Velde, however, is much less well-known as a painter and draughtsman. Nevertheless, he had a lot of talent, especially as a draughtsman: his drawings bear witness to great originality and sincerity.

Ten years after his training at the Royal Academy of Fine Arts in Antwerp from 1880 to 1883, Van de Velde exchanged painting for the applied arts and architecture, fields in which he would build a brilliant career. His enormous output in the architectural field ensures that there is little interest in his painting work – that attention only comes much later. Most of Van de Velde’s pencil drawings and pastels were made in Wechelderzande – a small village in the Kempen –, in Kalmthout and in Knokke-Heist. He also drew landscapes in Weimar and South Tyrol. Despite the large number of exhibitions devoted to Henry van de Velde, few paid sufficient attention to his paintings and drawings. It was only after his death in 1957 that interest in his creations as a painter emerged.

This English-language catalogue of his works – with a trilingual introduction by Xavier Tricot, author of the catalogues of James Ensor’s paintings and of Fernand Khnopff’s and Léon Spilliaert’s prints – outlines Henry van de Velde’s fascinating career as a painter and gifted draughtsman on the basis of some 60 paintings and 230 drawings.

Compiled by Ronny Van de Velde, with an introduction by Xavier Tricot. 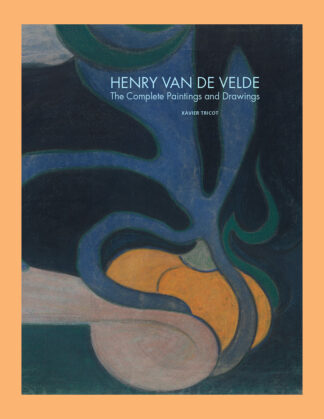