In the 1950’s in Paris, geometrical and colourful colourmen’s shopfronts draw the attention of Gérard Ifert, a young Swiss designer. At the beginning of his career which will lead him at the crossroads of design, graphic design and exhibition design, Ifert also tries his hand at photography. During his long walks, he captures these coloured compositions, seeing these shopfronts as vernacular equivalents of Swiss Concrete painting. This surprising series brings back this anonymous street art to life, and questions relationships between art and design, urban landscapes transformation, and everyday life aesthetics. These ektachromes are an occasion to reflect on an aspect of the designer’s career, whose work has recently been rediscovered. Following the exhibition « Photographismes » that took place at the Centre Pompidou and which revealed the experimental aspect of Ifert’s production, this book unveils another dimension, the one of a city walker who pays attention to street and vernacular culture. In Ifert’s footsteps, this text written by Catherine de Smet reflects on the multicoloured aspect of these colourmen’s shopfronts, and calls upon Valentine and Ripolin, Picasso and Duchamp, Karl Gerstner and Richard-Paul Lohse, Sophie Taeuber and Victor Vasarely, as well as Verena Loewensberg and Bernard Frize. 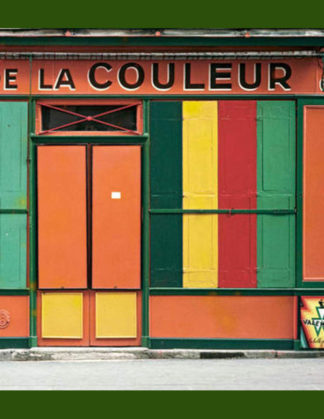