Draw in Order to See: A Cognitive History of Architectural Design

At present, among the dozens of books on architectural drawing, design theory, methodologies, model making, CAAD, and planning, there is no book that specifically looks at the history of representation as a reflection of cognitive habits among individuals and groups of architects. As a historian and a practicing architect, Mark Hewitt has a unique point of view, that has enabled him to study the design practices of many architects during various eras, beginning in the Renaissance and stretching into the late 20th century. His earlier published books have touched on subjects related to design practice, as many have dealt with the lives of architects and designers. In addition, he has written dozens of biographies of architects, published essays on architectural representation, and wrote a master’s thesis on visual perception and architecture. Hewitt has dedicated more than 30 years to writing about the process of conception (or visualisation) of buildings in the brain. Researchers on that subject now consistently cite one of his earliest studies on drawings and modes of conception.

This book pursues that line of inquiry with the new discoveries about visual perception, cognition and embodiment that have revolutionised brain science. Hewitt believes that looking historically at how architects have designed, a brain-based practice developed during and after the Renaissance, once drawings became sophisticated enough to provide feedback for perception and memory in the cortex. His contention is that disegno, as invented in Italy during the time of Leonardo and Michelangelo, initiated that system, and that it was translated into a curriculum during the rise of Beaux Arts institutions prior to the 1920s, after which the Bauhaus system replaced it completely with what we have today. 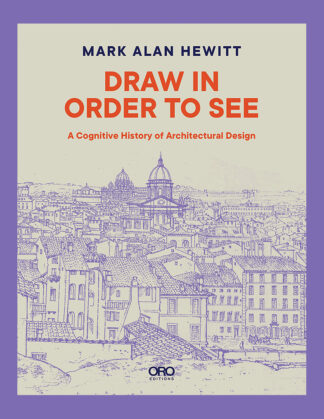 You're viewing: Draw in Order to See: A Cognitive History of Architectural Design €39,00
Add to cart
0