It is rare that an architectural ensemble can be produced all at once. A true football stadium in a traditional cauldron shape that is highly coherent in itself, a geometrically clear-cut cuboid building with swimming baths and gymnasia, and two high-rise towers with modern urban apartments are all parts of a well-conceived composition that gives an identity to Lucerne’s Allmend and designs and ennobles the location in an impressive way. The project by the Lucerne architects Daniele Marques and Iwan Bühler is the result of a prominent, internationally announced architectural competition. The design was developed further and fine-tuned during the demanding, intensive planning phase involving a wide range of uses and users.
The book presents this exceptional project – which is also unique for Lucerne, its residents, the national football world and the Lucerne football club alike – including images and plans. Two architectural critiques study the architecturally valuable ensemble in detail. 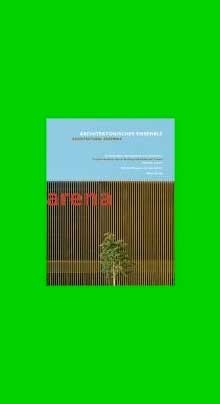