Camille Pissarro: The Studio of Modernism

As one of the founding figures of Impressionism, Camille Pissarro exerted considerable influence over the movement’s other members, such as Paul Cézanne, Claude Monet, Paul Gauguin, Edgar Degas, and Mary Cassatt. This publication focuses on Pissarro’s collaborations with these and other artists. It also celebrates the avant-garde quality of his painting, particularly in his contributions to Neo-Impressionism. Focusing on his role in the revolutionary Impressionist movement of the 1870s, the book traces Pissarro’s work in dialog with his fellow artists, particularly Cezanne and Gauguin, and also reveals his influence on works by Alfred Sisley, Georges Seurat, Paul Signac and others. In addition to pages of exquisite reproductions of works by Pissarro and his contemporaries, this volume features illuminating essays about his influences on Van Gogh, his approach to the female figure, and the role of synthesis among the early Impressionists. Readers will come away with a new understanding of how Pissarro’s unique talent for collaboration and unity was vital to the development of French painting in the late 19th century. 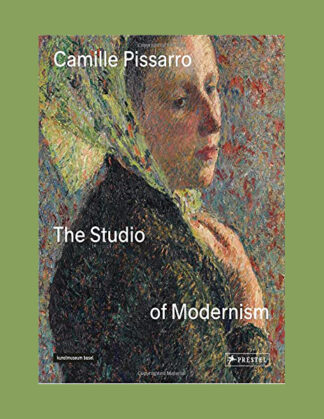 You're viewing: Camille Pissarro: The Studio of Modernism €65,00
Add to cart
0