“What would Beuys have been without the media?” asked Petra Kipphoff in her obituary of what was perhaps the most important artist of the German post-war avant-garde, published in the weekly newspaper Die Zeit on January 31, 1986. In fact, since the early 1960s, Beuys had extensively used film, radio, and later also video recordings, but above all television – not only to publicize or disseminate, but also to implement his expanded concept of art. This study on the former Joseph Beuys Media Archive in the National Gallery in the Hamburger Bahnhof – Museum for Contemporary Art – Hamburger Bahnhof – Museum for Contemporary Art (Berlin State Museums) is the result of a four-year research project that was based at the Freie Universität Berlin. IN GERMAN! 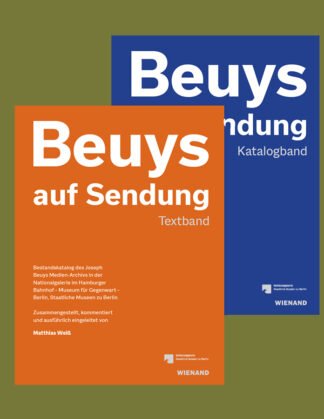