Gloria Cabral was born in São Paolo, Brazil in 1982. She moved with her family to Asunciòn, Paraguay where she he studied architecture. Together with her partner Solano Benitez and his son, Solanito, she forms the architectural association Gabinete Arquitectura. In 2014, Cabral was chosen by the Swiss architect Peter Zumthor as his disciple as part of the 2014-2015 Roles Mentor and Protégé Arts Initiative.  So she traveled to Switzerland several times and worked with Zumthor on designing a tea house in South Korea.

In 1987, Solano Benitéz (born 1963)  founded Gabinete de Arquitectura.  Solano has received multiple awards such as an Honorary Membership in the American Institute of Architects (2012). The office received the Golden Lion for their at the 2016 Venice Biennale.

Using concrete and bricks made of raw mud, the architects  built walls able to be constructed by the two materials working in tandem. Once the concrete dries, the bricks are washed away, returning the mud back to its natural state, leaving spaces in the lines of concrete, like a kind of negative. 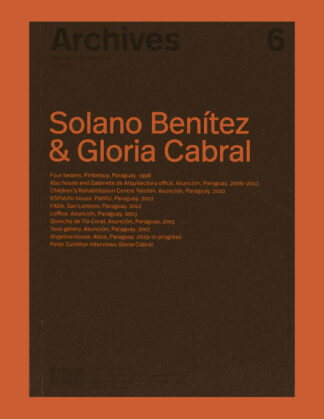