Among Others: Blackness at MoMA

This expansive collection of essays on nearly 200 works in the collection of the Museum of Modern Art is the first substantial exploration of MoMA’s uneven historical relationship with black artists, black audiences and the broader subject of racial blackness. By addressing these subjects through the consideration of works produced either by black artists or in response to race-related subjects, Among Others confronts two kinds of truth: one plainly factual and informative, the other moral. It is equal parts historical investigation and truth-telling about the Museum’s role in the history of the cultural politics of race.
The richly illustrated volume begins with two historical essays. The first, by Darby English and Charlotte Barat, traces the history of MoMA’s encounters with racial blackness since its founding–from an early commitment to African art and solo exhibitions devoted to the work of artists such as William Edmondson and Jacob Lawrence in the 1930s and 1940s to its activities during the Civil Rights Movement to the controversial Primitivism show of 1984 and beyond. The second essay, by Mabel O. Wilson, scrutinizes the Museum’s record in collecting the work of black architects and designers. Following these essays are nearly 200 plates, each accompanied by an essay by one of the over 100 authors who hail from a range of fields. 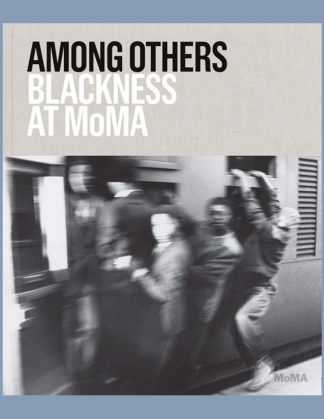