In 1000 years of joy and sorrow, Ai Weiwei paints an astonishing portrait of China of the past hundred years. He searches for the origins of his creativity and his ardent political beliefs, and provides a penetrating account of the life of his father, Ai Qing, one of China’s most influential poets, who was once a close confidant of Mao Zedong. Ai Qing was branded a right-wing element in 1957 and sentenced to hard labour. During the Cultural Revolution, he and his family, including his son Ai Weiwei, were exiled to a remote, desolate corner of China known as Little Siberia. In his memoirs, Ai Weiwei describes his childhood in exile and his difficult decision to leave his family to study art in America, where he became friends with Allen Ginsberg and was inspired by Marcel Duchamp and Andy Warhol. Candidly and with a sense of humor, he tells how he then goes back to China and becomes a world-famous artist and human rights activist, and how life in a totalitarian state has been decisive for his work.
1000 years of joy and sorrow is grand and intimate, reminding us how important it is to continue to protect freedom of expression, especially now. IN DUTCH! 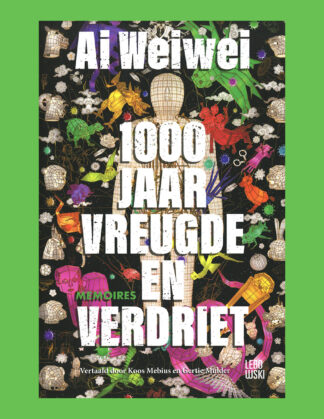