A close look at the work and influence of German architects Hans Schwippert and Sep Ruf.

West German architecture underwent a phase of intense productivity from 1949 to 1964. In the immediate postwar years, architects confronted Nazi legacies in building culture amidst drastic privation that hampered construction. As industrial production recovered and a middle-class nation emerged, so too did a new architecture influenced by the American International Style model, especially as Bauhaus masters returned to Germany from the United States as advisers. But there was much more at stake than style. Construction details and other technical documents reveal that this was a moment when architectural practice aspired to calibrate social, material, and political norms through design.

As Lynnette Widder shows in Year Zero to Economic Miracle, at the center of all these transformations were Hans Schwippert and Sep Ruf, two architects who shared political, religious, and professional allegiances. Schwippert, the architect of the new Bonn parliament, worked to align economic redevelopment and a burgeoning consumer goods industry with design. Ruf, to whom Schwippert directed the commission for West Germany’s first World’s Fair pavilion, found ways to master architectural construction amidst both scarcity and largess. With photographs, drawings, and a broad range of unpublished documents, this book introduces these architects to an English-language audience. 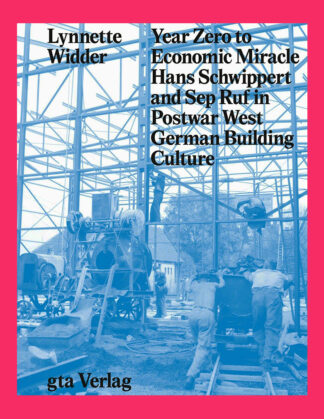