Yale: History of an Art School

The first women students to attend Yale University were members of its School of Art, who were present upon the school’s inauguration in 1869. Despite this auspicious start, 121 years passed before the School of Art awarded tenure to a woman professor, and 147 years before welcoming its first woman dean. Assembled from hundreds of hours of interviews with notable women and nonbinary graduates, History of an Art School presents the first history of a fabled if frequently misunderstood institution. Eminent feminist thinkers Marta Kuzma, Linda Nochlin and Angela Davis also weigh in on the school’s legacy.
The voices of 50 years of women graduates complicate an already complicated legacy, revealing the life of an art school careening into the 21st century, speaking plainly to the long and still ongoing struggle for feminist integration and representation in the arts. This sweeping narrative of the education of a continuum of women artists and designers traces its way through the incendiary politics of the radical ’60s, the formation of cultural studies, identity politics and intersectionality in the ’70s, the AIDS crisis, the culture wars and the neoliberal escalation of the ’80s, through to our fully globalized, hyper-capitalized present. 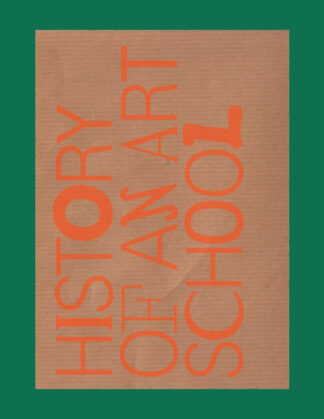