Women Garden Designers presents twenty-seven of the most important and influential women garden designers and their gardens from around the world, showing both their finest commissions as well as the gardens they designed for themselves, in their own space. The carefully researched text examines their influences and their legacy to garden design.
Beginning with the remarkable Gertrude Jekyll and Beatrix Farrand, who were working simultaneously, though on different sides of the Atlantic, the book then moves on into the 20th century, featuring international designers as diverse as Florence Yoch – who created gardens for film sets and for glamorous Hollywood homes – and Vita Sackville-West – whose regular gardening column in the Observer, along with her own garden at Sissinghurst, influenced those in Britain. In Australia, Edna Walling supplemented her income from her practice with regular articles in life-style magazines. Increasingly with picture-led articles, designers found a way to publicise and advertise their work, thus gaining new clients in emancipated women who were in a position to place their own commissions.
Women designers were more likely and quicker to embrace the ecological garden movement particularly in Germany and Sweden in the middle of the 20th century. They are represented by Herta Hammerbacher and Rosemary Weisse, who created the glorious perennial plantings in Munich’s West Park and Ulla Bodorff in Sweden, as well as Isabelle Greene in California with her dry native plantings. The modern movement includes Monica Gora and Topher Delaney, for whom spirituality and landscape as works of art are important. The more conventional structured approach is represented by Penelope Hobhouse and Rosemary Verey, who began creating gardens later in their lives, following motherhood. Haruko Seki from Japan and Isabel du Prat from Brazil express their own special cultural qualities in their trans-global practices. 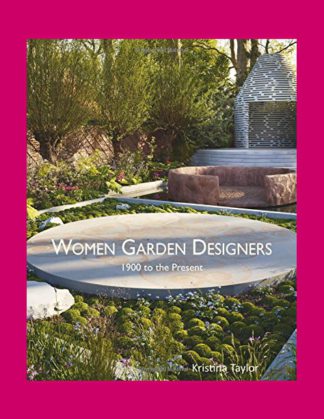