Wolfgang Laib’s work is characterised by a profound relationship with nature and a declared belief in simplicity. Until today, the artist concentrates on just a few cyclical groups of work. Ever since his journeys to India as a young medical student in the 1970s, Laib is inspired by the notion of seeing humans as part of a larger whole. Having decided to work exclusively as an artist from then on, Laib followed this way of life in his art. The quite power of his interventions asserts itself in his choice of natural materials such as pollen, wax, milk or rice and their use in a very reduced visual language.

At Bündner Kunstmuseum, Laib realized a large room-sized installation made of thousands of rice mountains. As an important staple food, rice symbolizes vitality and is fundamental for our earthly existence. The process of creating this work of art is revealed in the book and is related to a conversation between Wolfgang Laib and the architect Peter Zumthor. With this book, Wolfgang Laib reveals the spiritual dimension of art and leads us directly to the sources of his poetics. 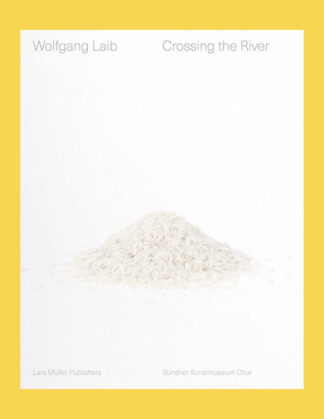