William Kentridge, one of South Africa’s most significant artists, has been creating poignant, clever and visually arresting works across a variety of media for more than five decades. He is renowned for his unique charcoal drawing animations, sculptures, drawings and theatre productions, but what this book focuses on is Kentridge’s longstanding relationships with printmaking and poster design.

Over the past three years South African art authority and dedicated researcher Warren Siebrits began compiling a five-volume catalogue raisonné of Kentridge’s prints and posters. In this first book, focusing on graphics produced between 1974 and 1990, Siebrits presents the artist’s earliest forays into linocut, etching and monotype printing, to name but a few. While for many artists printmaking is informed by their work in what have historically been considered more valuable media such as painting and drawing, Siebrits highlights that Kentridge’s process has been quite the opposite. This intensive look at Kentridge first and foremost as a printmaker is thus crucial for a comprehensive understanding of his diverse and influential œuvre. The chronology of the prints and posters helps re-establish many lost and obscure tributaries that will be invaluable to those interested in the building blocks of Kentridge’s work. 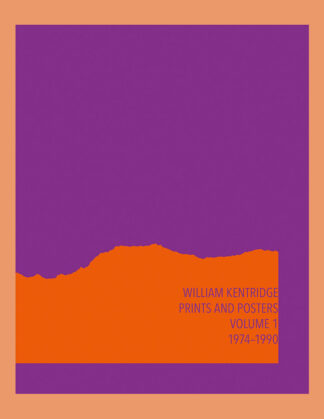