What Makes an Assembly? Stories, Experiments and Inquiries

Assemblies are ancestral, transcultural ways of coming together as a community. Over the past decades, multiple social movements have reappropriated these forms of collective organisation as a prominent component of political struggle, to defend radical visions of democracy. Bringing together accounts written by those who practice assemblies, and contributions from artists, activists, historians, philosophers, and social scientists, as well as three architectural experiments that attempt to imagine models for a future assembly, the book proposes a critical inquiry into the potential of assemblies to shape political subjects. From assemblies in Indigenous territories of Brazil to those of the Yellow Vests in France, from medieval communes to street parliaments in Africa, What Makes An Assembly? examines the tensions that exist in all assemblies between the need for form and the danger of formalization; between the scripts, rituals, and architectural settings from which they derive, and their capacity to erupt and emerge anew. 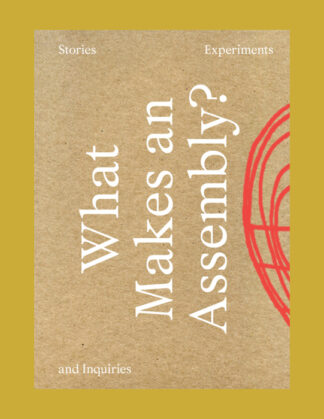