Walter Sickert was one of the most influential artists of the late 19th and early 20th centuries. An apprentice of Whistler and close associate of Degas, he engaged with the work of French artists of the time. Sickert in turn influenced many British painters up to the present day. This book will show how Sickert transformed the representation of everyday life, with his innovative approach to subject matter, radical compositions, and the evocation of the materiality of existence in paint. It will explore the changing nature of his work—from an impressionistic approach in the 1880s to a pioneering use of photography in the 1930s—and how he returned over and over to locations and subjects, including his penetrating self-portraits. Sickert’s imagination was fueled by news and current events such as the Camden Town Murders and newspaper photography, but also by popular culture—music halls, the stage, the rise of cinema and celebrity. Accompanying a major exhibition of one of the central figures in British art and the first exhibition dedicated to Sickert at Tate since 1960, this monograph features over 200 images from the exhibition and a wide range of essays by scholars, as well as reflections on Sickert’s relevance and influence by a selection of contemporary painters including Kaye Donachie and Somaya Critchlow. 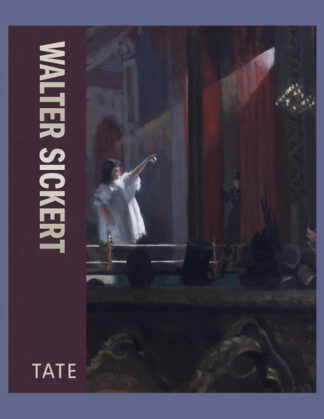