In 1983, Ursula Schulz-Dornburg accompanied two ethnologists and an architect on a research trip to Tana Toraja on the central Indonesian island of Sulawesi. Initiated by the Royal Tropical Institute of Amsterdam, the trip was intended to “explore the changing patterns in architecture and symbolism among the Sa‘dan Toraja”. On the way back from Rantepao to Ujung Pandang airport, Schulz-Dornburg passed the distinctive houses of the Bugis or To-Ugiq people, perched on the yellow paddy fields. Fascinated by their complex, expressive architectures, she began to photograph the houses in the short time she had before leaving, realising that the structures would likely not exist in their traditional form for much longer. The result is a body of work that not only surveys the houses’ physical forms but also considers wide-ranging ideas of physical and emotional homebuilding and the precarious place of tradition in the present day.
Poised between heaven and earth and standing above the water when the rice fields are flooded, the Bugis houses reflect the creation myth of their people, in which the gods of the upper and lower worlds came together to create man to populate the uninhabited middle world. The farmers depicted by Schulz-Dornburg are likewise suspended between historic tradition and the impending pressures of the contemporary world. As they go about their work or greet her camera, they and their homes are held in the balance between past and future, mythology and everyday reality.
With these shrewd and sensitive images, Schulz-Dornburg captures life as it is built and lived within a particular culture and landscape, offering a searching reflection on the places we call home. 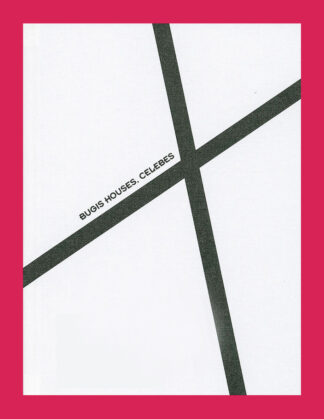