In the mid-1970s in the United States as feminism gained huge momentum, three American photographers Eve Arnold, Abigail Heyman and Susan Meiselas published books of a new kind. Combining testimonies and images, they offer very original documentaries of women at work, their daily routines and their private lives. The trio brought their own style and experimented with the book format while showing women in a new light through photography. Their work sidestepped clichés to create alternative representations.

This catalogue reveals their unusual approach to their works. The first, Growing Up Female by Abigail Heyman, published in 1974, is a kind of feminist personal diary. The photographer casts a lucid eye at her own life and questions the imprisonment of women in stereotype roles. The second, The Unretouched Woman, published by Eve Arnold in 1976, shows unknown women and celebrities in unexpected moments of their daily lives. The photos were deliberately not retouched or staged and, through them, the photographer offers a heteroclite and nuanced vision of women far from the glamour of glossy magazines. The third, Carnival Strippers, published in the same year by Susan Meiselas, is the fruit of three years of investigation into fairground striptease sideshows in the north-east of the United States. Through the performers’ long testimonies, the book gives a voice to its silent subjects, depicting their work, their dreams and their ambitions.

The images provide an original perspective of female bodies, revealing their invisible make-up artistry and the staging involved behind their public appearances. In doing so it reveals a surprising, previously unseen glimpse into their sometimes prosaic, sometimes harsh private lives. It also reveals the social conventions and norms defining the status of women in society, within couples or within the domestic space to reveal working women, striving for independence and freedom. 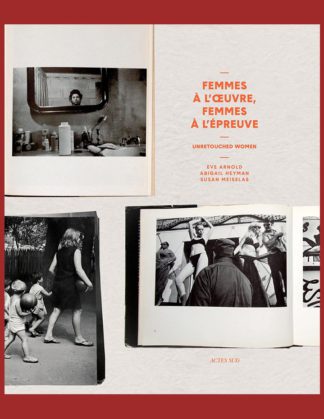