In 1953, Japanese architect Junzo Yoshimura designed a now-classic Japanese house and garden that he called Shofuso. It was built in Nagoya, Japan, and shipped to New York in 1954, where it was exhibited at the Museum of Modern Art and then relocated to Philadelphia’s Fairmount Park. The curators of MoMA’s House in the Garden exhibition highlighted its synthesis of historic Japanese architecture with modern architecture: the clarity of the house’s post and beam structure, its flexibility of use and the close relationship of indoor and outdoor spaces.
This extensively illustrated volume centers on Yoshimura’s design for Shofuso and two allied sites located in New Hope, Bucks County, Pennsylvania: Raymond Farm (1939-41), a live-work residence built by Antonin and No mi Raymond within the fabric of an existing 18th-century Quaker farmhouse; and Nakashima Studios, a complex of structures designed by George Nakashima over three decades (1947-77) to serve his furniture-making business and as his family’s home. Each site, in its own way, is the embodiment of the personal relationships and cross-cultural collaborations among this group of architects and designers.
The Raymonds, along with Yoshimura, Nakashima and others, came to understand Japan’s changing environment through the act of building, through collaboration and travel. Together, they extended these lessons into the furniture and furnishings of modern living in both Japan and the United States.
This volume documents an exhibition of objects and ephemera mounted at Shofuso. New York-based architectural photographer Elizabeth Felicella captures each site in a portfolio of newly commissioned images. Essays by Ken Tadashi Oshima and William Whitaker, illustrated with historical photographs, family snapshots and architectural drawings, further elucidate this important chapter in the history of modern architecture and design. 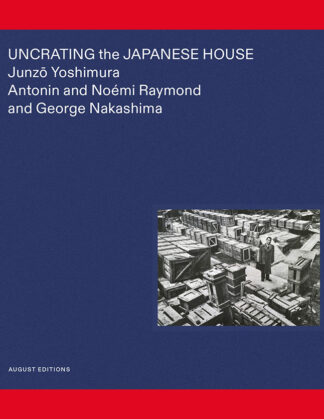