Topography of Terror: The Design of a Memorial

The Topography of Terror, a new site of learning and remembrance, was built on the former site of the Nazi-era Gestapo and State Security Headquarters in central Berlin, and it now attracts over a million visitors each year. In this volume, Andreas Nachama, historian and director of the Topography of Terror Foundation from 1994 to 2019, shares his first personal encounters with the place and traces the evolution and establishment of the Topography of Terror, on which he closely worked from the 1980s. Architect and exhibition designer Ursula Wilms and landscape architect Heinz W. Hallmann present the design principles that guided their master plan uniting architecture, landscape, and the permanent exhibition space for the Topography of Terror. The volume includes original photographs by Friederike von Rauch, in which the artist conveys the atmosphere of the site shortly before its completion in 2010. 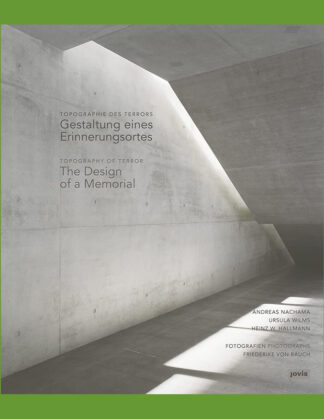