Thomas Frontini (°Kingston, 1967) lives and works in Cleveland, Ohio. With a love of art history and background in paper conservation, the history of painting visibly weighs on his decision of palette and technique. His works show the strong influence of Italian Renaissance artists, combined with Surrealist tendencies, and a touch of irony. Thomas Frontini’s work is based on the premise that fantasy and reality are always clashing in one’s consciousness, particularly in dreams. Typically, Frontini uses strong foreground imagery, set against a background of intangible landscapes and tableaux of fluid colours. The depicted scenes seem to suggest a certain narrative; as if an attempt is made to recollect a vague memory, of which some bits have remained crystal clear and some bits have disappeared into oblivion. Frontini captures the viewer’s gaze in strong images that are full of symbolism, references, and humor. Simultaneously apocalyptic and elegantly hopeful. 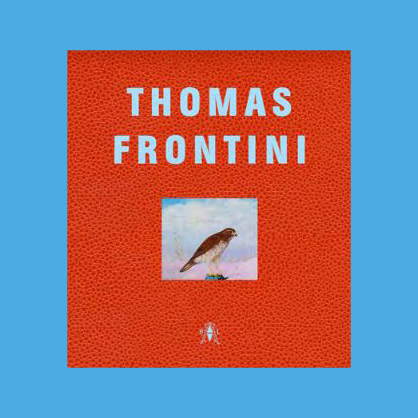