The Sculpture of Ruth Asawa: Contours in the Air

An expanded edition of the definitive book on Ruth Asawa’s fascinating life and her lasting contributions to American art.

The work of American artist Ruth Asawa (1926-2013) is brought into brilliant focus in this definitive book, originally published to accompany the first complete retrospective of Asawa’s career, organized by the Fine Arts Museums of San Francisco in 2006. This new edition features an expanded collection of essays and a detailed illustrated chronology that explore Asawa’s fascinating life and her lasting contributions to American art. Beginning with her earliest works–drawings and paintings created in the 1940s while she was studying at Black Mountain College–this beautiful volume traces Asawa’s flourishing career in San Francisco and her trajectory as a pioneering modernist sculptor who is recognized internationally for her innovative wire sculptures, public commissions, and activism on behalf of public arts education.

Through her lifelong experimentations with wire, especially its capacity to balance open and closed forms, Asawa invented a powerful vocabulary that contributed a unique perspective to the field of twentieth-century abstract sculpture. Working in a variety of nontraditional media, Asawa performed a series of remarkable metamorphoses, leading viewers into a deeper awareness of natural forms by revealing their structural properties. Through her art, Asawa transfigured the commonplace into metaphors for life processes themselves. The Sculpture of Ruth Asawa establishes the importance of Asawa’s work within a larger cultural context of artists who redefined art as a way of thinking and acting in the world, rather than as merely a stylistic practice. 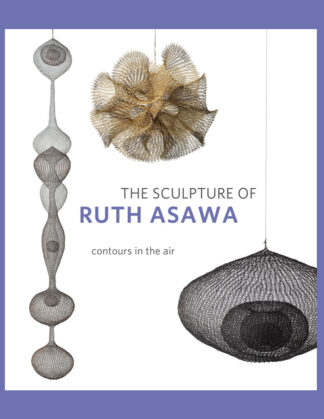 Je bekijkt nu: The Sculpture of Ruth Asawa: Contours in the Air €48,00
In winkelmand
0